YANCHEP Surf Life Saving Club is expanding in numbers, matching the population growth of the area.

President Billy Prinsloo said membership numbers had increased from about 370 at the end of last season to about 500 this year.

Mr Prinsloo said it had also tripled its patrolling members in a year, with about 30 volunteers now trained to provide the beach safety service on Sunday mornings.

“We are volunteers; we give our time to help the community,” he said. 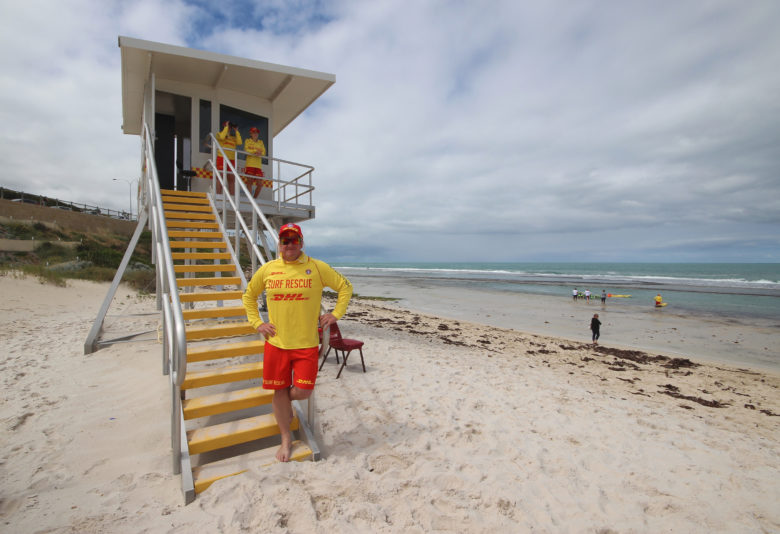 The club has also received more equipment to help its efforts to keep beachgoers safe, and the efforts of paid lifeguards who started daily patrols last Friday.

That includes an observation tower installed on the beach last month, part of a Surf Life Saving WA initiative funded by Lotterywest to roll-out 10 towers at WA beaches.

Mr Prinsloo said the tower gave lifesavers a much better view of the beach and water from Yanchep Lagoon to Capricorn Beach.

He said previously they used a trailer which had to be towed onto and off the beach, posing a risk to beachgoers.

“We were on the ground level – we’re about 3m higher,” he said. “We can actually see into the other side of the reef. We’ve got a really nice vantage point now. We are really in a much better position now from a safety point of view.At the end of the day it’s about saving lives; this has added to the service that we provide.”

Mr Prinsloo said the structure, which had been modified to suit the beach, also gave lifesavers and lifeguards protection from the weather, especially during patrol on windy and rainy days.

Volunteers patrol the beach on Sundays from 8am to noon, and the club holds nippers on Sunday mornings.

Lifeguards patrol the beach on Mondays to Saturdays, and on Sunday afternoons.