ACKNOWLEDGEMENT OF COUNTRY Yanchep Surf Life Saving Club acknowledges the Traditional Custodians of the land we are working on, the Whadjuk people. We would like to pay respect to the Elders of the Noongar nation, past, present and future, who have walked and cared for the land and we acknowledge and respect their continuing culture and the contributions made to the life of this club and this region.

The Surf Life Saving movement in Western Australia was founded at Cottesloe Beach in 1909 (after originating at Bondi Beach in 1907) in response to a few drowning incidents on the beach. Over the next 20 years several additional clubs commenced operations around the metropolitan and regional coast. 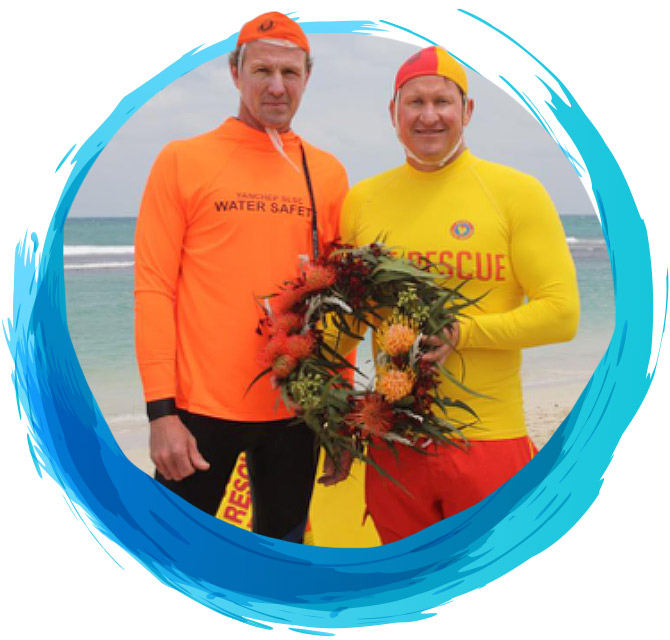 Officially, Yanchep Surf Life Saving Club was founded in 1991. Situated off Brazier Road, the club operated out of what is now affectionately known as “The Shack on the Hill”. Not ideally located for rescue services, the shack is perched high on the hill between the Lagoon and Rafts beach.

The City of Wanneroo generously built the facility we now operate out of between 2015 and 2017, starting the 2017/18 season at this incredible facility.

Growing from strength to strength the membership has grown by more than triple, which is a direct indication of the growth in Yanchep as well as the keen interest in the movement itself.

Upon meeting our Prime Minister, Scott Morrison, he stated his great love for the movement and pointed out that Surf Life Saving is the only movement that offers service and sport under one roof. We would like to add to his observation that it is also a place where great friendships are forged, mateship at its best, and it is, for the most part, the quintessential Australian way of life. 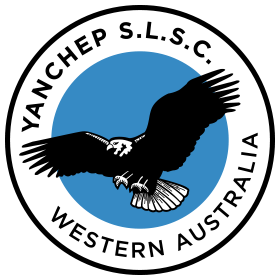 Yanchep Surf Life Saving Club Patrol Club of the Year Finalist and 2018/19 Season in a nutshell.

The club is located North of Perth in Yanchep, Shire of Wanneroo.

Growth of the population in Yanchep due to new infrastructure, business and new housing estates has had a significant impact on the number of people on the beach, and as such we saw a need for a larger patrolling membership at YSLSC.

Our new club facilities were fitted over the off season with a top-class gym, new equipment from grants and general fitment that came with moving the facilities from the old “shack on the Hill” to an $8 million dollar brand new building of significant proportions.

The beach that we patrol at Yanchep is based at the Yanchep Lagoon, called Yanchep Lagoon Beach which extends north from the northern bluff for 300 m. The reef is attached at the southern end, with the beach curving to the east causing the lagoon to widen to the north. While waves are usually low in the lagoon, water rushing over the reef flows northward along the lagoon and out of the deep 50 m wide channel as a permanent rip. The beach is backed by vegetated 15 m high bluffs, the Surf Life Saving Club and its parking, with stairs that lead to a café.

How we have delivered our Service.

Yanchep Lagoon is a popular swimming and snorkelling beach. In calm conditions the beach is reasonably safe however; swimmers are always advised to be cautious of the strong current which flows out of the lagoon into deeper water. The Patrol squad are always on high alert, keeping a close eye on swimmers who can very easily get caught in the rip. Many a board rescue is conducted where swimmers get anxious and weary when attempting to swim to the reef.

Beach fishing is a popular activity at Yanchep Lagoon and Yanchep Beach to the north. Fishing is not permitted between the red and yellow flags and spearfishing is always prohibited. During the permissible and license season, abalone fishing is also a popular activity for locals and visitors to Yanchep Lagoon and Fisherman’s Hollow to the south. Although Yanchep Lagoon may appear safe, be aware of strong currents and waves washing over the reef when collecting abalone. As such, four patrols every season are conducted during Abalone Hour, and this year our club played a vital role in the safety of these fishermen, proactively avoiding any major rescues or incidents. 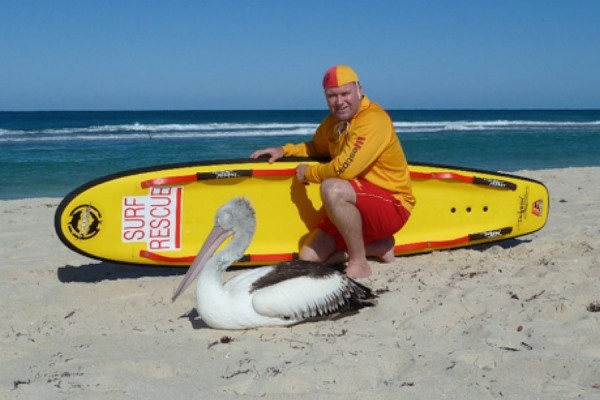 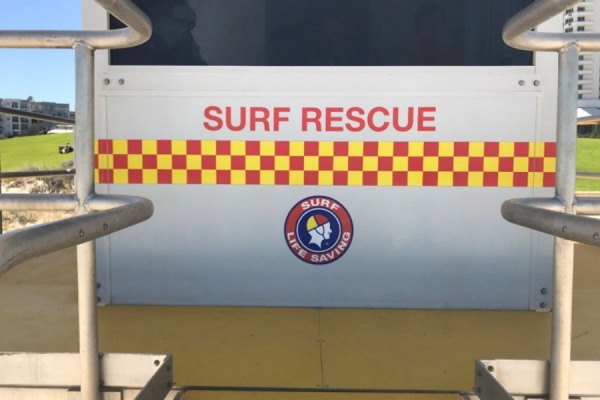 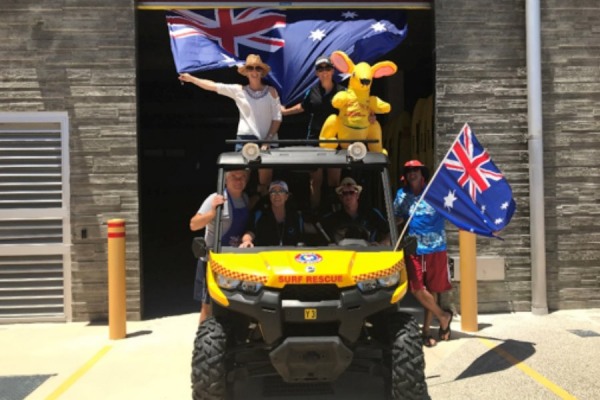 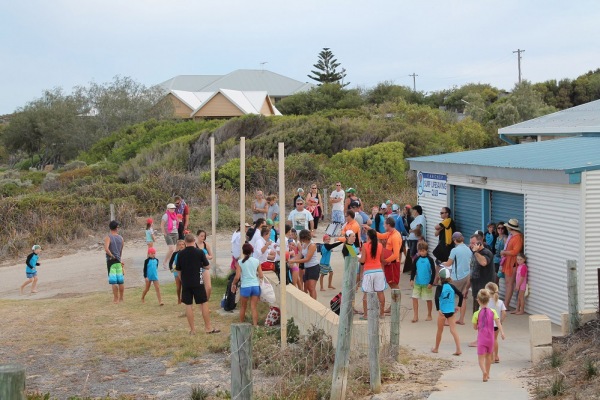 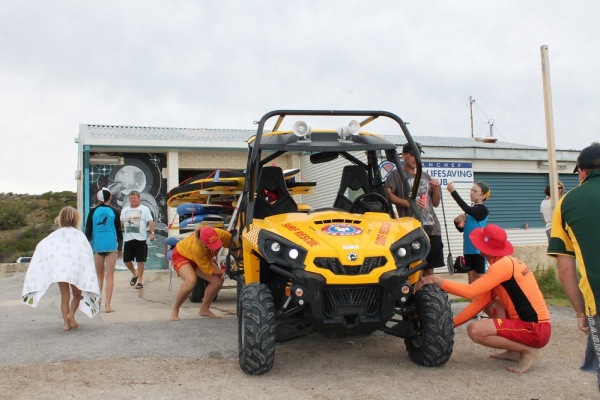 LIFE SAVING AGREEMENT and the Start of 2018/19 Season

Regarding the Life Saving Agreement, we have a contract with the City of Wanneroo to provide life saving services every Sunday from the 1st of November to the 31st of March. We are contracted have a minimum of 4 bronze medallion patrolling members on the beach and/or 1 HLTAID003 (Provide First Aid Award Member) and/or an ARC (Advanced Resuscitation Certificate Award Member). The requirement changed from 2 to 4 from last season. We had to double our number of BM on patrol for the new season.

The season started with the resignation of three major game players in the club. We had lost 1/3 of our patrolling membership, all our trainers & patrol captains. Along with other members who stepped away, we were down 7 bronze medallions who were rostered to patrol the season.

15 remained. 7 could not commit to a patrol roster due to nipper & FIFO obligations. That left us with 8 BM’s and the requirement to fulfil an agreement with CoW that we would provide 4 BM’s on the beach weekly. Last season they required only 2 BM’s. We were cutting it fine.

The Club patrol resources were in dire straights on the 4th of November 2018. First day of the season. We had a new committee, untrained members who out of sheer passion for the movement stepped up to take on what seemed like an impossible task, with the eyes of SLSWA firmly focussed on us.

At short notice, asked to stand in as Patrol Captain, Billy Prinsloo made his very first radio into Surfguard that morning, with 5 bronze medallions in the patrol shelter, providing the service to the City of Wanneroo as contracted.

Every single Sunday after that, we had the required numbers, increasing weekly as the older BM’s started trickling back to the club, finding that the atmosphere had changed to an all-inclusive one of upskilling, learning, growing and so much more!

The last patrol, on the 31st of March, we logged in 21 BM’s & SRC’s in red and yellow, proudly casting their eyes on the ocean.

We believe this was the most successful patrol season in the history of the club. The eagle (depicted in our logo) had spread her wings wide, and rose up from a very turbulent take-off. 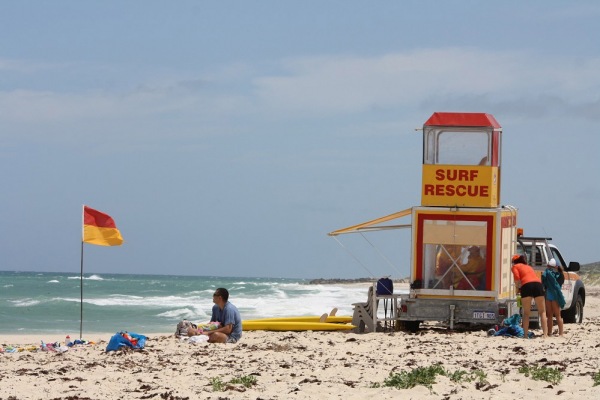 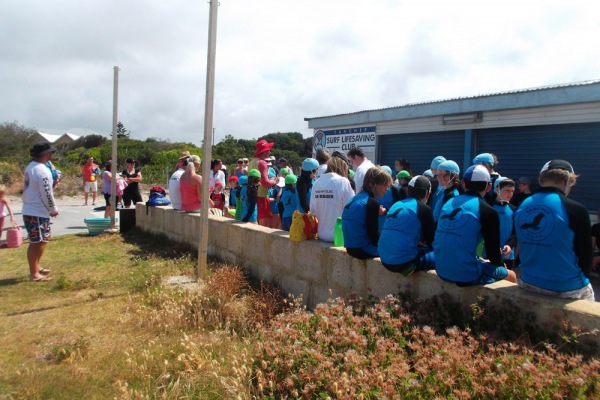 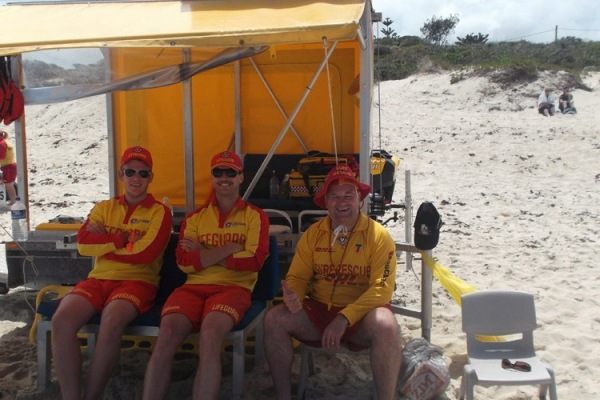 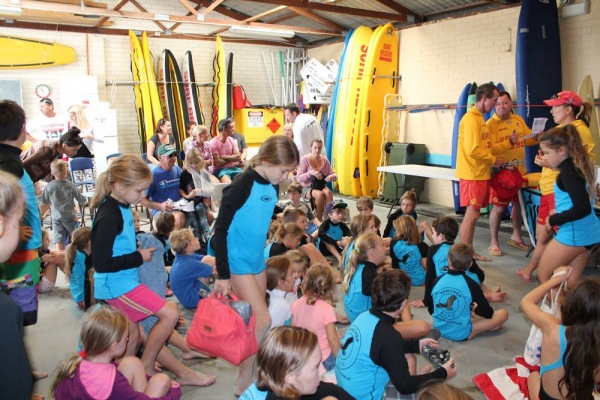 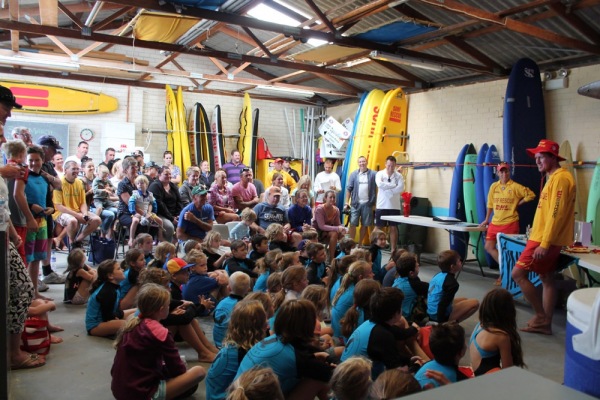 After the winter storms of 2018, Yanchep Beach was practically non existent. There was a 1.5m drop from the edge of the walkway and ramp to the beach, and it was closed to the public due to safety Hazards. There was a real concern that the 2018 season would not start on time. The city of Wanneroo coastal management team trucked in hundreds of tonnes of sand to re-nourish the beach and build up the lost beach.

The challenges we faced as a patrol was getting the shelter to and from the beach on sand that was fine and on an incline to get back up to the club. Beach management was of the utmost importance to ensure the safety of beach goers during the driving of any vehicles on the beach. The beach would have around 400 to 500 people at times, on a 300m beach, giving the patrol no room for error when driving on the beach. We are proud to say that there was not one incident or near miss during the season given these extraordinary circumstances. Again, our patrol times are during the 2 hour nipper program on Sundays, so the additional space required for nippers down at the lagoon made the beach seem even fuller.

We observed and honoured the traditional patrol methods, now known as “Between the Flags” with four BM as opposed to 2 in the previous season.

The club was in crisis management and our priority was to deliver the service as opposed to designing new patrol ideas. We know that as we grow from strength to strength, our patrol will grow and we will endeavour to introduce some new equipment such as jet skis, drones and the like. We currently have a commercial drone pilot in our patrol and look forward to him pursuing his passion for flying drones to the benefit of the patrol.

With no trainers, educators, assessors we reached out to clubs in the northern corridor to assist with assessing our BMs to requal for the season and ultimately take on some of our members into their training facilities to upskill them. We simply did not have the awarded members required to do this ourselves. We are indebted to Alkimos SLSC, Mullaoo SLSC and SurfWA for providing us support and encouragement through this time.

We realised very early in October 2018, that the club membership was growing significantly. More current members were feeling that the club had become more inclusive and started taking ownership of responsibilities around the club. There was a new excitement in the air particularly from the small existing membership. Registration day exceeded all expectations, with 169 nippers registered as opposed to the previous season of 88. Parents were younger and very eager and we saw this as an opportunity to extend an invitation to the parents to commit more sincerely to the club. The result was 3 dads who were qualified by February 2019 as BM. One of them went on to upskill as a trainer, and we are thrilled he did so, stepping up to fill a position we could not do without. We now have a further two new BM members training at Mullaloo SLSC to do the same.

We realised very quickly the interest to do the bronze medallion & SRC exceeded hopes, with at least 25 club members expressing interest in doing the courses. We secured some phenomenal trainers from Mullaloo, the likes of Simon, Bernie & Amanda and our trainer trainee Syd Dall conducted a course at our own club, with 15 members registered and committed to doing their SRC and BM courses. We had One chap hold off the physical assessment due to an injury, but all the rest qualified and only those too young to step up to the BM did not do so. We qualified nine BM and Four new SRC on the day with our injured member going on to qualify in the second part of the assessment when recovered.

It is with enormous pride in the club that I can say in the 2018/19 season we doubled our Bronze medallions, doubled our SRC and while we struggled to get five patrolling members on the beach on the 4th of November being:

We ended the season with 21 patrolling members on the beach on the 31st of March 2019.